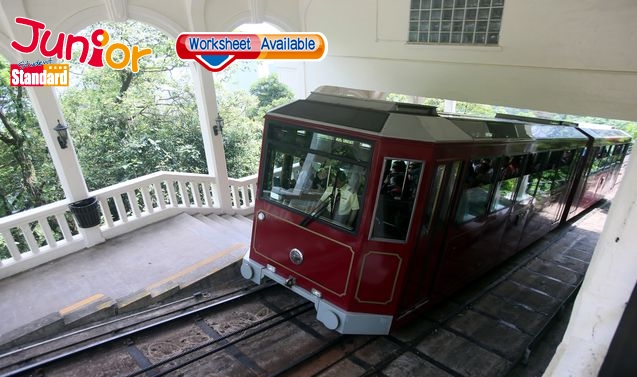 THE Peak Tram (山頂纜車) has ceased operations for two to three months for renovation work that will cost HK$684 million.
The current tramcar with a capacity of 120 passengers will be replaced by a larger one that carries 210 people. The termini will also be renovated, expanding the queuing
capacity to 1,300 people.
The Transport Department said that during the suspension period, starting 23 April, Peak Road (山頂道), Magazine Gap Road (馬己仙峽道) and Stubbs Road (司徒拔道) will become
significantly congested, especially at weekends.
Motorists should avoid driving to that area and citizens visiting The Peak should allow more travelling time for unexpected delays.
New World First Bus will start a special route, X15, between Admiralty (金鐘) and The Peak, which will cost HK$12.40, to supplement existing routes 15 and 15B.
The Peak Tram launched in May 1888 and has since been a popular tourist attraction, serving more than six million visitors a year.
A University of Hong Kong study noted passengers riding on the tram will experience an optical illusion where skyscrapers on the right side of the uphill ride will appear to be
tilted toward The Peak.
The upgrade of the rail and the train is part of a refurbishment project, which began last year and is expected to be completed in 2021.

(This article is published on Junior Standard on 30 April 2019)