Lights off to mark Earth Hour 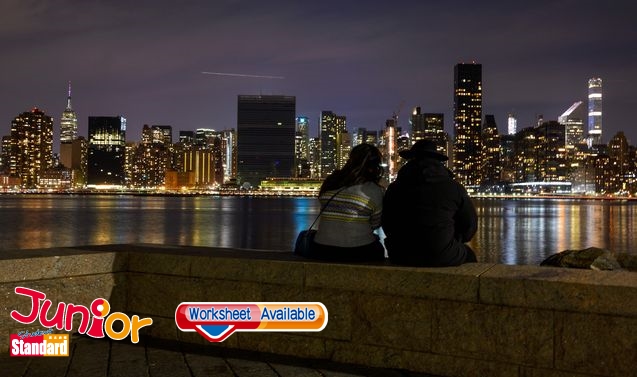 THE UN headquarters in New York (紐約), the pyramids of Egypt (埃及) and Rio de Janeiro’s (里約熱內盧) Christ the Redeemer statue were among the world monuments that were plunged into darkness for an hour on 30 March to put the spotlight on climate change and its impact on the planet.
Organised by environmental watchdog WWF (世界自然基金會), the 13th annual Earth Hour saw millions of people across 180 countries turning off their lights at 8.30pm to highlight energy use and the need for conservation.
The event follows some of the direst warnings to date on the state of Earth’s natural habitat and species.
Back in October, in its Living Planet Report, WWF said 60 percent of all animals with a backbone – fish, birds, amphibians, reptiles and mammals – had been wiped out by human activity since 1970.
“We are the first generation to know we are destroying the world. And we could be the last that can do anything about it,” WWF said. “We have the solutions. We just need our voices to be heard.”
Earth Hour is described as “the world’s largest grassroots movement for people to take action on climate change”.
Global landmarks that went dark included Berlin’s (柏林) Brandenburg Gate, Sydney’s (雪梨) Opera House, the Eiffel Tower in Paris (巴黎), Shanghai Tower (上海中心大廈) and the Kremlin building in Moscow (莫斯科).

(This article is published on Junior Standard on 08 April 2019)