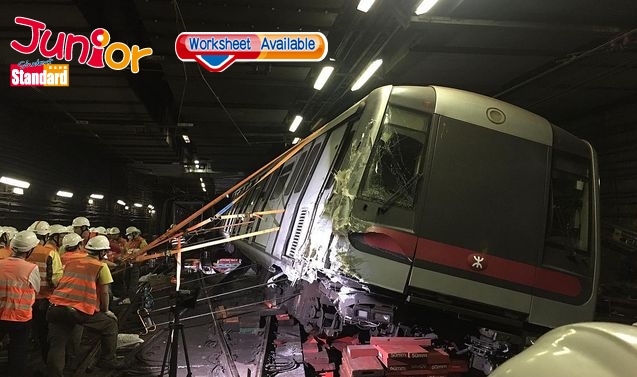 MTR Corp Ltd could start a review on the reward system for senior executives to see if bonuses should be linked to the performance of the railway, sources say.
This is after two major accidents on the MTR that occurred just days apart – the collision of two trains on the Tsuen Wan line (荃灣線) near Central Station (中環站) and the subsequent loosening of overhead cables on the Airport Express (機場快線) and the Tung Chung line (東涌線) that damaged the pantographs of two trains near Sunny Bay Station (欣澳站).
The government, reacting to the spate of accidents, finds the current punishment system – which imposes fines depending on the length of the train service delay, with a maximum of HK$25 million – is not enough of a deterrent and would reform the reward and punishment system of the MTRC senior executives.
The government wants to make a huge change in calculating the company’s incentives by using four factors of equal weight – profit, service performance, passengers’ satisfaction rate, and environmental friendliness and sustainability.
It hopes to link the year-end bonuses of the executives with service quality and passenger satisfaction, said the sources.
The government also wants the railway to “return to the original business of mass transit”. The MTRC has been criticised for putting too much focus on side businesses such as property development and other commercial undertakings.


(This article is published on Junior Standard on 02 April 2019)