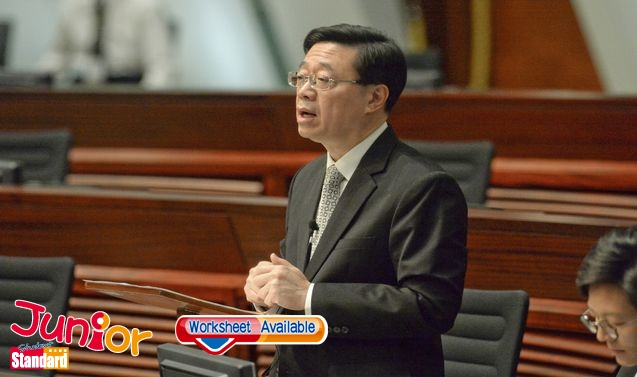 THE government has no intention of changing the one-way permit (單程證) system, as a third of local marriages are cross-border ones and there is a need for family reunions, Secretary for Security John Lee Ka-chiu (李家超) said.
Lee made the comments in a Legislative Council meeting to discuss a non-binding motion by lawmaker Gary Fan Kwok-wai (范國威) to halve permit quotas due to the increasing strain on the SAR’s public resources.
Under the current system, Hong Kong receives at most 150 immigrants from the mainland each day, but the SAR does not have the right to vet applicants.
Speaking for his motion, Fan said medical resources are being drained by the growing population, mainly due to increasing numbers of new immigrants from the mainland. “Hong Kong is now like a severely overloaded ship. With too many people, it will sink,” he said.
The security chief, however, said the single-way permit system aims at allowing mainland residents to come to Hong Kong for family unions in an orderly manner, noting that one third of the total registered marriages in Hong Kong are cross-border ones.
Lawmaker Steven Ho Chun-yin (何俊賢) also objected to the motion, saying new mainland immigrants add to the city’s labour force and lawmakers should not incite hatred against new immigrants. The motion was defeated 13:38 with three abstained.


(This article is published on Junior Standard on 01 April 2019)