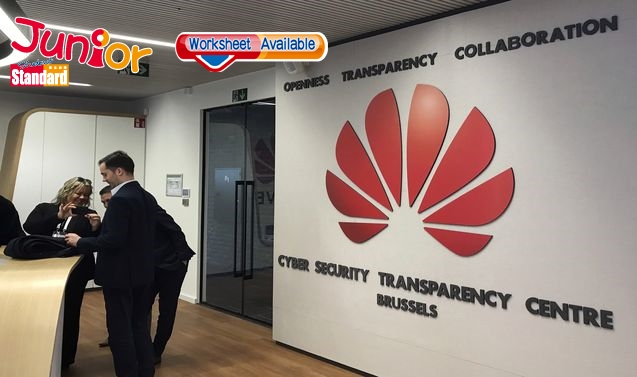 CHINESE tech giant Huawei (華為) has opened a cybersecurity lab in Brussels (布魯塞爾) – the heart of the European Union (EU,歐盟) – as it tries to win over government leaders and fight back US allegations that its equipment poses a national security risk.
The Huawei Cyber Security Transparency Centre (網絡安全透明中心) will allow client companies to review the source code running its network gear.
The US has been lobbying allied countries and companies to shun Huawei. The new lab can give reassurances to the EU’s policymakers about its cybersecurity credentials.
Huawei said the centre will be a platform where governments and tech agencies can collaborate on cybersecurity together to improve on it.
Europe is Huawei’s biggest market outside China, and the company hopes to play a key role in building the continent’s 5G networks, as it competes with rivals Ericsson and Nokia.
Western officials are worried that China’s cybersecurity law requires the company to cooperate with the country.
However, executives repeated their position that Huawei has never been asked to hand over sensitive information and would refuse to do so if asked. Neither would it install secret backdoors in its software.
“There’s no evidence,” said Vincent Pang, Huawei’s president for Western Europe.


(This article is published on Junior Standard on 14 March 2019)