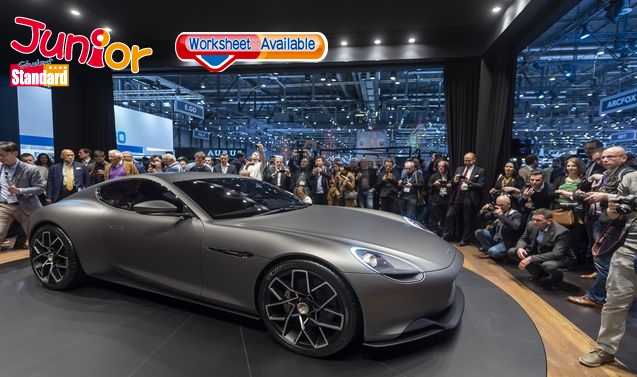 ELECTRIC cars are turning from expensive novelties for environmentalists and rich people to affordable and practical vehicles that ordinary people use.
Several broad underlying trends are converging to increase the likelihood that larger numbers of battery cars will be on the road in the next several years.
Prices are falling for batteries, consumers are turning away from diesel engines after Volkswagen’s emissions scandal and governments in Europe and China are enforcing tougher emissions rules.
Volkswagen, the world’s largest car maker, aims to sell a million electric cars a year, or about a fifth of the Volkswagen brand’s sales, by 2025.
“We want to bring electrification to a breakthrough,” said the Volkswagen brand’s chief operating officer, Ralf Brandstaetter, adding the company is spending most of its new technology budget on electric cars.
Regulation also promotes electrics. In Norway (挪威), a raft of incentives has pushed the market share of plug-in vehicles to 39 percent last year. By contrast, China was at 4 percent, Germany (德國) at 1.8 percent and the US at 2.1 percent.
In Hong Kong, the government was criticised for slacking off in the promotion of the use of electric cars, with early tax incentives being dropped and recharging facilities lacking. By 2020, only 2 percent of private vehicles in Hong Kong will be electric or hybrid ones, a drastic revision from the earlier projection of 30 percent.

(This article is published on Junior Standard on 13 March 2019)

Promoting the use of electric vehicles
http://bit.ly/2TvMg3U