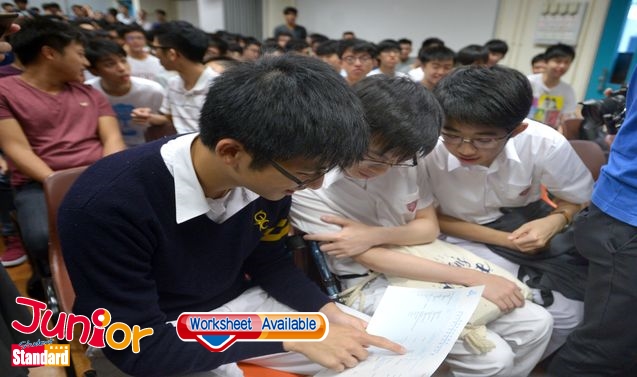 MORE students taking the Diploma of Secondary Education examination are contemplating studying in the mainland, while the number considering Taiwan continues to drop, according to a Hok Yau Club (學友社) survey.
The club, interviewing nearly 2,000 students who took the exam in December and January, found that 20 percent are considering to pursue higher education in the mainland, up from 17 percent in 2017.
But the number of those looking to study in Taiwan fell from 26 percent to 22 percent.
Some 30 percent – a rise of nine percentage points from the last survey – are leaning towards studying in the mainland as they believe its learning environment is more favourable.
More than 60 percent said mainland schools have lower admission requirements – up from 56 percent– while 32 percent said lower tuition fees have made China a more attractive option.
In the last survey, 40 percent of students were worried about the recognition of qualification for employment. But that number has dropped to 29 percent.
Lower admission requirements and tuition fees have lured Hong Kong students to study in Taiwan.
But the club said more students now have a better impression of the mainland’s learning environment as there are many exchange programmes and sisterschool relationships.


(This article is published on Junior Standard on 11 March 2019)

Students from HK do not need gaokao
http://bit.ly/2IQoM5q