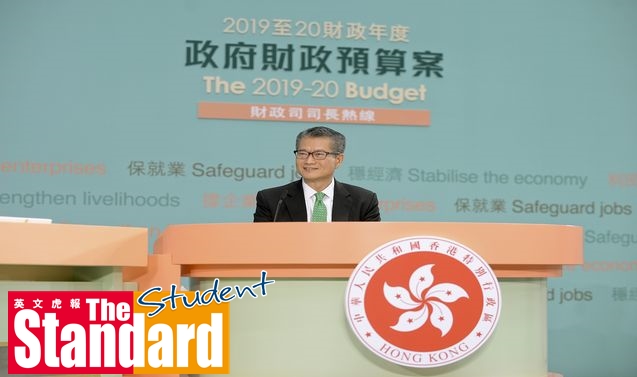 FINANCIAL Secretary Paul Chan Mopo (財政司司長陳茂波) is under fire for failing to deliver handouts or come up with short-term policies to ease housing and medical-sector woes.
Talking on radio, Chan said he understood that taxpayers are “a little unhappy” about the reduced amount of tax rebates and rates this year.
But he said the relief measures already cost more than HK$40 billion, or 70 percent of the HK$58.7 billion surplus.
A caller, a woman named Wong, urged Chan to consider giving tax deductions to renters like her.
“I earn HK$28,000 a month, and I use half of it for rent. I can’t get public housing and I can’t [buy a private flat] on my income. The most basic thing that can help people like me is to offer tax concessions on our rent,” Wong said.
Chan said he did consider such a step but decided against it as he felt it would send rent rates climbing.
Another caller, named Cheung, said despite the HK$10 billion reserved for the Hospital Authority to use when needed and the extra HK$700 million recurrent fund, the money would not solve any problems.
“We need to wait for five years to see a specialist just for 15 minutes,” she said.
Chan said the nine items in the 10-year hospital development plan were under way, and “the second 10-year plan involves 19 items, with 9,000 extra beds, but it needs time to implement, so we used money to alleviate the pressure on doctors in the meantime”.
An opinion poll by the University of Hong Kong (香港大學) showed the public to be generally unhappy with the budget. Among the 621 people interviewed, only 23 percent were satisfied, while 39 percent were not.
Political parties, including pro-establishment ones, have also voiced discontent with Chan’s budget.
The New People’s Party (新民黨) said the budget is not creative enough, saying it lacked concrete proposals on how Hong Kong can take advantage of the Greater Bay Area (大灣區) initiative, and that throwing money at public hospitals would not stop medical staff from quitting if working hours continue to be long.
The Federation of Trade Unions (FTU, 工聯會) called the budget “plain” and devoid of any highlights, and said that the general public will not see any benefit from this budget.
The pro-Beijing DAB (民建聯) party also slammed the budget for not doing enough to improve welfare.
The Civic Party (公民黨), meanwhile, slammed the budget for “lacking in vision”. It said the financial secretary offered no solution to the issues facing Hong Kong’s economy that he listed out.

Bypass to open ...
MOTORISTS can start using the ...