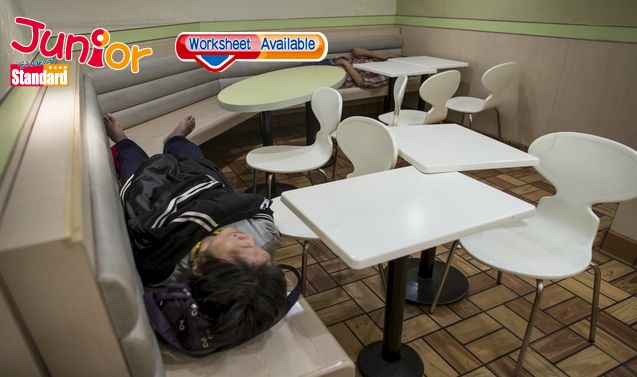 THE number of homeless people sleeping in 24-hour McDonald’s restaurants, commonly known as McRefugees, rose 16 percent from 2017 to a record high, a survey by the Society for Community Organisation (Soco, 社區組織協會), conducted between November and January, has found.
A total of 448 homeless people were found in McDonald’s eateries in various districts in Hong Kong, compared to 384 in 2017 and just 57 in 2013. Of the 448 people, 16.1 percent, or 72 of them, were women.
The organisation said Kowloon West continues to be the district with the largest number of McRefugees but New Territories East and the Western District also saw a sharp increase.
The study revealed the average time of homelessness was 18.7 months, which is almost double the 9.5 months in 2017. Their average income also fell from HK$9,600 in 2017 to HK$8,125.
Some homeless people said they occasionally rent subdivided units, but return to the streets because of terrible conditions and rising rents. About 54.3 percent of them were reported to be homeless in the past.
Community organiser Ng Wai-tung said that, for the homeless, waiting times for public housing are too long, rents for private housing too expensive and government housing is insufficient.
One homeless woman has been waiting for public housing for almost seven years, and says that it is very difficult for single people to apply for public housing.

(This article is published on Junior Standard on 4 March 2019)

Why people sleep in McDonald’s
http://cnn.it/2Oh3An2