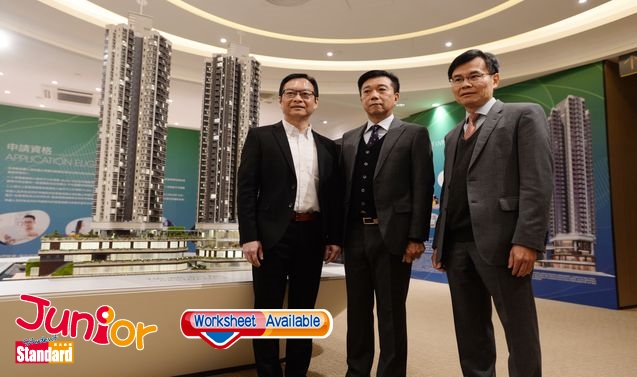 MORE than 80 percent of applicants for the Starter Homes scheme (港人首次置業項目) are younger people – those born in the 1980s and 1990s – according to Urban Renewal Authority (URA, 市建局) managing director Wai Chising (韋志成).
Wai said the authority had received some 10,000 application forms over 10 days for the 450 flats at eResidence (煥然懿居) – the first-ever Starter Homes scheme estate under URA development – making it oversubscribed by 21 times. The application window started on 3 January and will close on 23 January. The flats – ranging in size from 24 to 47 square metres – are priced at HK$3.14 million to HK$6.6 million, 62 percent of the market level.
Wai said so far about 64 percent were individual applications, while the other 36 percent were household ones. More than 80 percent are aged 18 to 38, with 30 percent of household applicants also belonging to this age group. “This shows that the scheme is attractive to single youngsters and young families,” he said.
About 70 percent of the applicants had assets below HK$1.28 million, while half of them had assets worth HK$640,000 or less. “It shows many applicants have high income, but not enough savings and assets for them to buy flats in the private market,” Wai said.
About 38 percent of applicants are currently living in public rental or subsidised housing, and applied for the Starter Homes scheme to move away from their families, Wai said.

(This article is published on Junior Standard on 21 January 2019)