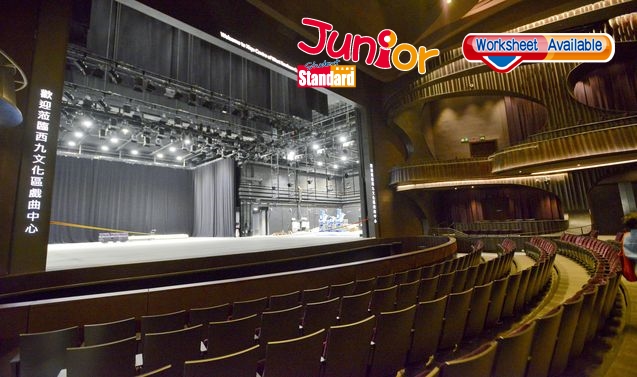 ABOUT 30 groups will perform in the Xiqu Centre (戲曲中心), which will officially open on 20 January, making it the first performance venue to open in the West Kowloon Cultural District (西九文化區).
But before the official kick-off date, the public will have a chance to experience the venue with free performances and workshops during an eight-day soft launch period that began on 30 December.
About 5,000 tickets for free activities during the soft launch period have been distributed. The free activities include workshops for making mini flower plaques, Xiqu paper headdresses and the prop heads used in lion dances.
Xiqu is a traditional Chinese performing art that integrates music, literature, martial arts and dance.
The eight-storey building has a total area of 28,164 square metres, and houses a 1,073-seat Grand Theatre (大劇院), a 200-seat Tea House Theatre (茶館劇場), eight professional studios and a seminar hall.
It will showcase traditional and contemporary  performances by artists from Hong Kong, the mainland and Southeast Asia. The centre also has wheelchair spaces and boasts soundproof designs that block noises from nearby traffic.
The Tea House is a smaller theatre furnished in a contemporary Chinese style with about 200 flexible seats. Like watching Xiqu in the old days, people can drink tea and have snacks while watching performances. Tea refills are free.

(This article is published on Junior Standard on 03 January 2019)