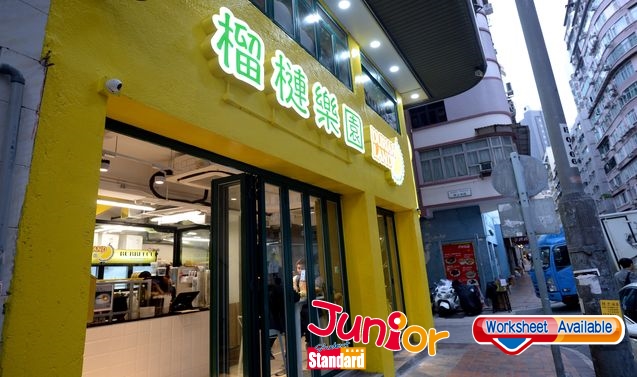 A DURIAN dessert restaurant and two stalls selling tofu and soya milk made the cut on the latest Michelin Guide for Hong Kong and Macau.
The two-storey restaurant – Durian Land (榴槤樂園) – in Tsim Sha Tsui joined the Michelin-recommended street food series only three months after opening its doors. One of the owners, Nicole Wu, said she was surprised and overjoyed about her restaurant joining the Michelin street food list, and believes the service and atmosphere played a key role in the accomplishment.
Also featured on the list for the fi rst time were Kung Wo Tofu (公和荳品廠) in Sham Shui Po and King of Soyabeans (豆漿大王) in San Po Kong.
The 58-year-old Kung Wo Tofu is famous for its tofu pudding, soya milk and tofu snacks, while King of Soyabeans is renowned for its Shanghainese sticky rice rolls, soya milk and other bean curd snacks.
So Kee (蘇記流心燉蛋專門店) in Yuen Long – which offers double-steamed egg white with milk – and a cart noodle restaurant in Central – The Noodle Hive (密斗) – also made the list.
Meanwhile, 63 restaurants in Hong Kong received Michelin stars, with seven of them earning three stars. Among the three-star restaurants, Lung King Heen (龍景軒) retained its ranking for the 11th consecutive year, while Caprice at Four Seasons Hotel Hong Kong was promoted from two to three stars.


(This article is published on Junior Standard on 02 January 2019)