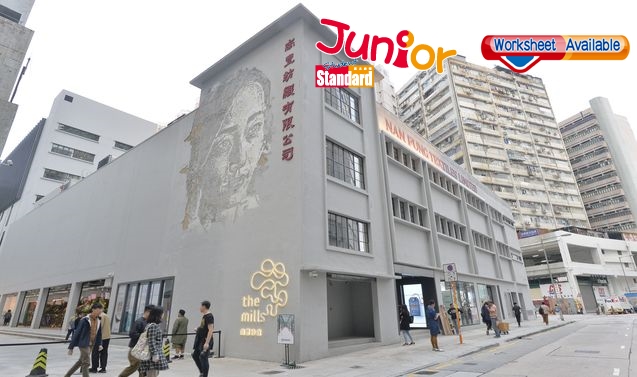 THE multi-million dollar revitalisation project that transformed three adjoining 64-yearold former textile factories into an arts space and incubation centre for start-ups is now open to the public.
Former Nan Fung textile mills number four, five and six in Tsuen Wan were converted into a single complex and rebranded as The Mills (南豐紗廠). Included is an exhibition space, an incubation centre for start-ups, and retail and public areas. The project had a budget of HK$700 million, excluding the land premium to turn a factory site into a commercial area.
Jenny Tse Ka-hei, a senior architect at Nan Fung Development, said the project combined the past with the present. “We started to design it in 2014,” she said. “The construction took less than two years to complete.” The entire space is around 24,000 square metres.
The business incubator, named The Mills Fabrica (南豐作坊), is designed for tech-style start-ups for innovation in traditional textiles and the fashion industry. Visitors can experience the former textile mills for six minutes through virtual reality at the exhibition space, named the Centre for Heritage, Arts and Textile, or ‘Chat’ (六廠紡織文化藝術館).
The centre’s aim is to promote the culture and history of Hong Kong’s apparel industry and is operating under the MILL6 Foundation, a non-profit arts and cultural institution and a registered charity.

(This article is published on Junior Standard on 17 December 2018)