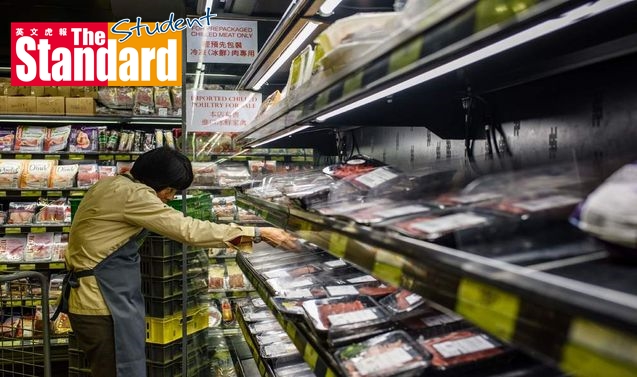 THE Centre for Food Safety (CFS, 食物安全中心) only managed to recall less than half of the problematic food in Hong Kong last year, the Audit Commission (審計署) revealed.
The watchdog criticised the CFS for its inadequacies in gatekeeping, including its slow and lacklustre response to food scandals.
The report said the centre made 23 recalls last year, but only managed to retrieve 49 percent of the items that left the manufacturers. To make matters worse, in four of the 23 recalls, it retrieved only less than 10 percent of the affected products.
In response to the commission’s report, the CFS said the recall rates depend on various factors.
For example, retailers might have sold all their products to consumers, while some perishable food might have been consumed soon after being bought. In addition, consumers might have opted not to return the products to retailers.
The report said the centre did not follow its guidelines and request traders to submit reports of food recalls last year.
The commission also discovered that there was a delay in the collection of food samples, along with the publicising of unsatisfactory test results.
In one case, the centre received unsatisfactory test results on a sample of mud crab on 30 December, 2016, 14 days after taking a sample. The result indicated that the sample contained a prohibited veterinary drug.
However, the CFS publicised the results only 42 days later, on 10 February, 2017.
The report criticised the centre for taking a long time to investigate complaints. Among the 5,569 complaints received last year, 61 percent took more than 30 days to be resolved; in 38 cases, the time taken exceeded 240 days. The report said the lengthy period of time taken to investigate complaints was “not conducive to ensuring food safety”.
The commission also found inadequacies in the centre’s control of imported food. Between 25 and 31 January, some 97 percent of the licences for food imported by air were issued without the submission of any of the required supporting documents, including an original health certificate.
The report said employees did not properly adhere to the radiation test procedures for food products imported from Japan.
In five out of 12 tests by the commission, the food samples were preselected by the importers.
The Food and Environmental Hygiene Department (食物環境衞生署) agreed with the recommendations from the auditor. And the CFS said it will enhance supervision.
The Report No 71 of the Director of Audit (審計署署長第七十一號報告書) was tabled in the Legislative Council (立法會) on Wednesday, 28 November.