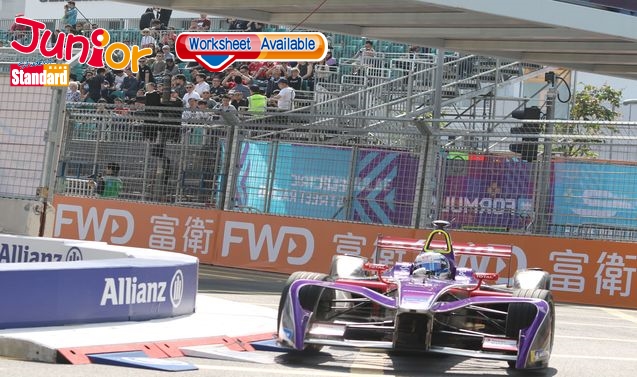 HONG Kong will welcome the Formula E event back to the Central Harbourfront in March, where the latest electric cars will take to the track. However, tickets will be pricier than last year.
Twenty-two drivers from 11 teams will go up against each other on the 1.86-kilometre track, which consists of 10 turns with two hairpins, on 10 March, 2019.
The Hong Kong leg will be the fifth race of the 2018/19 ABB FIA Formula E Championship.
The grandstand will be located near the Observation Wheel (香港摩天輪) and Tamar Park (添馬公園), but tickets will cost HK$2,880, an increase of HK$500 from last year.
Instead of allowing free access to the Allianz E-Village, where a live broadcast of the race will be shown, the organiser is charging HK$50.
Second generation electric race cars will make their debut in the third edition of the race in the city.
The new model boasts a distinctive futuristic design and double the energy storage capacity, which will allow teams and drivers to complete a full race at higher speeds without needing to swap cars midway.
The cars also demonstrate ongoing advancements in battery and electric vehicle technology.
Due to the expansion of the E-Village, the Lung Wo Road (龍和道) grandstand space will be reduced to allow for more activities, food and beverage stalls and live performances on race day.

(This article is published on Junior Standard on 06 December 2018)