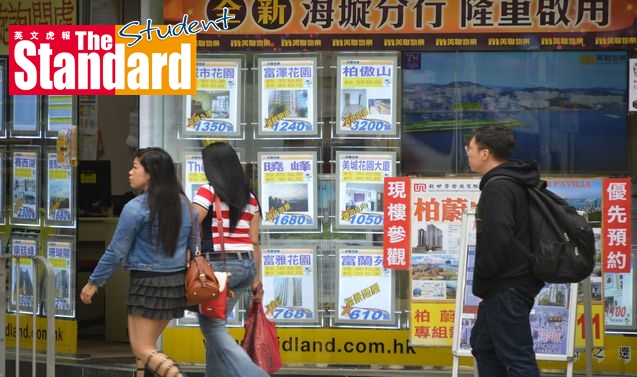 IT is not the time to reduce or abolish stamp duty for housing despite the drop in flat prices recently, says Secretary for Transport and Housing (運輸及房屋局局長) Frank Chan Fan (陳帆).
“The housing price had tripled from 2008 until now, but it only dropped 1.5 percent in the past two months,” Chan said in the Legislative Council (立法會) while responding to a question by Jeffrey Lam Kin-fung (林健鋒). “We do not find it fitting to lift the harsh [property cooling] measures since we can’t confirm the housing market is falling.”
Lam, who represents the commercial functional constituency, said that with interest rates rising gradually and the Sino-US trade conflict intensifying some people believe the local property market may have entered a downward cycle in recent months.
So he asked Chan if current demand-side management measures, such as the three stamp duties and low loan-to-value ratio, would lead to a plunge in home prices.
Chan replied that the Hong Kong Monetary Authority (香港金融管理局) might relieve the counter-cyclical measures if it is confirmed the housing market has entered a downward cycle.
That answer did not satisfy Lam, who wondered how government officials defined a ‘downward cycle’.
Should property prices drop for three consecutive months, he asked. Or should they return to the level of 10 years ago?
He went on to suggest there should be a stamp duty rebate for people who sell a flat 18 to 24 months after buying it new in order to prepare for a possible market adjustment.
Legislator Abraham Shek Lai-him (石禮謙) of the real estate and construction sector declared that stamp duties only benefited the government and developers as the measures pushed people to buy first-hand flats instead of second-hand ones. “You are the killer of second-hand flats,” Shek said to Chan.
“Do you know how much the harsh measures impacted the second-hand flat market? There were 130,000 second-hand flat transactions in 2010, but it dropped to 40,000 last year.”
In response, Chan said he had no crystal ball to gaze into and read whether the market was in a downward cycle. And the adjusted 12-month limit on selling a flat to get a stamp duty rebate had already balanced different aspects of property deals.
He added that stamp duties were not meant to target the second-hand housing market but to counter speculation and nonlocal demand.
Speaking on the sidelines of a Beijing (北京) trip, Financial Secretary (財政司司長) Paul Chan Mo-po (陳茂波) said the government had been following the market closely for the past few months and found there had been a slight adjustment since August.