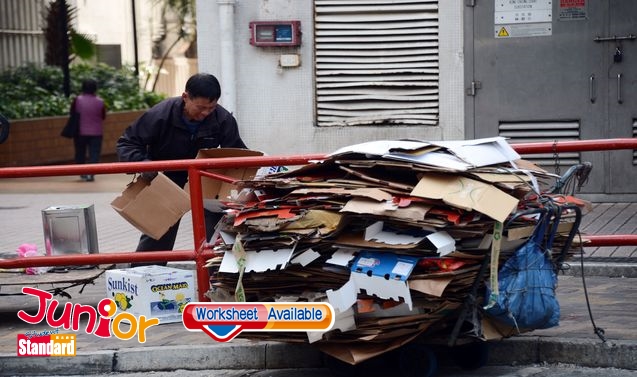 A RECORD 1.38 million people were found to be living in poverty last year in Hong Kong, about 30,000 more than in 2016.
One in 5.4 people are living below the poverty line, according to the government’s Analysis of Poverty Situation in 2017, which was announced on 19 November.
That puts 20.1 percent of the SAR’s 7.41 million residents in the poor classification, up 0.2 percentage points from 19.9 percent in 2016, the second-highest ratio since 2009, when the government started measuring poverty.
Chief Secretary Matthew Cheung Kin-chung (張建宗), who heads the Commission on Poverty (扶貧委員會), said the number of children in poverty and the child poverty rate both rose, while the elderly poverty rate fell to 30.5 percent – the same level in 2013.
The poverty rate among children after government intervention measures were taken into account was 17.5 percent in 2017, up 0.3 percent from 2016.
Cheung said an analysis showed children living in poverty are part of families with relatively more members.
“Structural factors, such as population ageing, will continue to offset the positive impact on poverty alleviation,” he said. Cheung also rejected suggestions that poverty-alleviation measures have failed.
A poverty concern group is worried that poor children will have less chances to move up in society.


(This article is published on Junior Standard on 27 November 2018)