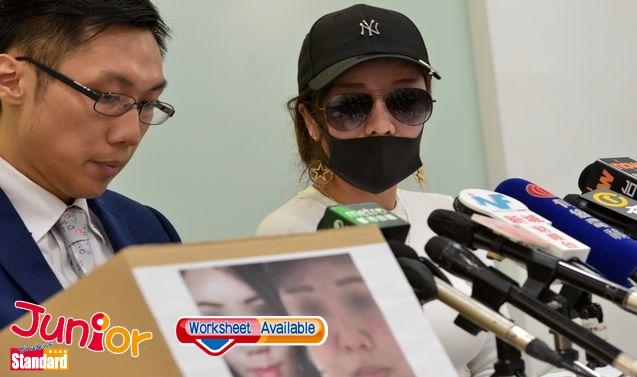 A WOMAN who was dissatisfied by how a nose job turned out claims she was persuaded by staff at a beauty centre to undergo a second procedure, which was also unsatisfactory.
The woman, identified as Cherry, also claims the centre promised that a different doctor would perform the procedure the second time around. But she found out later it was the same man.
Cherry also says she found that the doctor supposedly had his licence suspended by the Medical Council of Hong Kong.
She said she spent around HK$20,000 to get plastic surgery done on her nose in 2010 by a ‘doctor T’ at the centre in Jordan. She was not satisfied with the result but did not file a complaint.
The beauty centre contacted her a few years later, saying there was another doctor who could conduct the procedure. She agreed to the surgery but stressed she did not want doctor T to operate on her again.
She was told a ‘doctor C’ would be conducting the procedure. But she did not see C before she went under a general anaesthetic on 11 May last year. Upon waking four hours later, Cherry said, she saw doctor T, and he asked her: “Does it look good? I did it for you.”
More than 12 months after the HK$83,000 surgery, the swelling on her nose and the right side of her face has persisted. She reported her case to the police and also sought help from Sham Shui Po district councilor Ramon Yuen Hoi-man (袁海文), who runs a group that monitors beauty services.

(This article is published on Junior Standard on 26 November 2018)