New flats out of reach for most 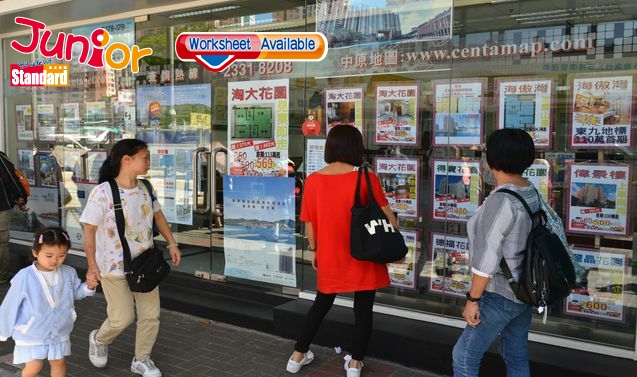 A GROUP has compiled an index on those ‘trapped’ by home prices and said Hongkongers scored a worrying 45.5 out of 100.
The Federation of Public Housing Estates (公屋聯會), which is behind the research, believes the score is near the red line and any rise past will increase social conflict. It called on the government to do more in response to housing demand.
The survey, conducted by the HKU Public Opinion Programme, interviewed 508 people aged 18 to 45 during October. The index has a total score of 100, separated into two halves: one shows the ratio of Hongkongers who are ‘trapped’ by housing costs and the other shows whether people consider themselves such. These indexes for 2018 were respectively found to be 49.6 and 41.4, with the final score being 45.5.
The research also shows that 35.8 percent of interviewees, mostly those aged 18 to 29, have no intention of moving away from where they live in the next 10 years. Among the remainder who aim to move out, 17 percent want to buy private housing flats, 16 percent want flats through the Home Ownership Scheme (居者有其屋) while another 11 percent want to queue for public rental housing flats.
People save an average of HK$13,000 a month for the down payment on a flat purchase and it would take them an average of 11 years to achieve this goal.
The Federation said social crises would exacerbate if the index further increased.


(This article is published on Junior Standard on 12 November 2018)