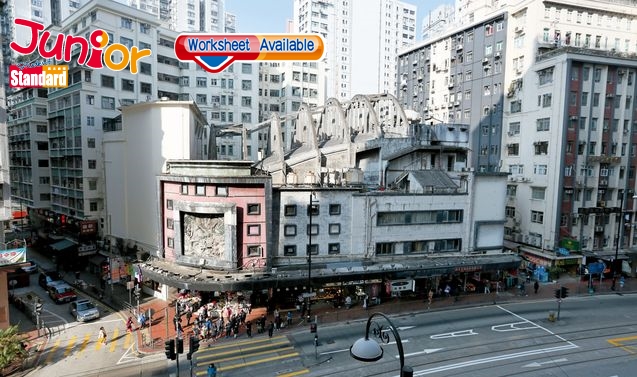 A LEADING conglomerate has applied for a compulsory sale order for redevelopment for tenants of the State Theatre (皇都戲院) – the last remaining post-war standalone cinema building.
New World Development (新世界發展) announced its submission to the Lands Tribunal (土地審裁處), adding it will “actively consider how to preserve the essence of the former State Theatre” in the redevelopment.
The 1,400-seat cinema in North Point opened as the Empire Theatre (璇宮戲院) in 1952, and was renamed the State Theatre in 1959. It closed in 1997, and is now being used as a snooker parlour.
Conservationists have campaigned to preserve the building, which is renowned for its arched roof. The Antiquities Advisory Board voted to upgrade it from a Grade III to a Grade I historic building, meaning it recommends every effort be made to preserve the building.
New World Group said the intention is to conserve those parts of the current residential and commercial building belonging to the former State Theatre but the development plan cannot be confirmed until the group has acquired 100 percent ownership and conducted a thorough inspection. The group has obtained the minimum 80 percent ownership required to trigger a compulsory sale.
Walk in Hong Kong, which has campaigned to preserve the cinema since 2016, urged New World to make the conservation of the landmark a reality.


(This article is published on Junior Standard on 30 October 2018)