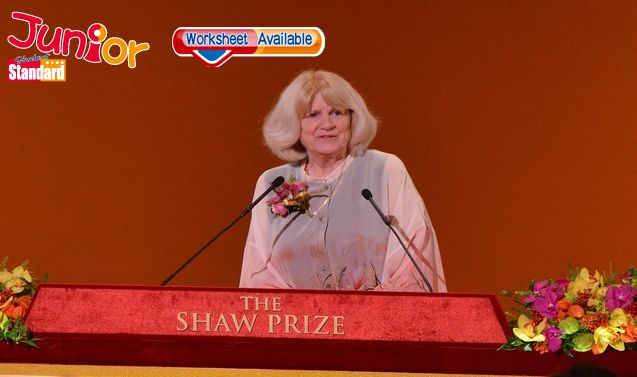 AROUND 15 percent of Asian breast cancer patients are diagnosed with the disease as a result of ‘a genetically passed-on mutation’.
American human geneticist Mary-Claire King said women who have relatives with breast cancer are classified as a high-risk group and should go through genome screening. Those who test positive should remove their ovaries and fallopian tubes if they no longer plan to get pregnant and are above the age of 40.
King was awarded the Shaw Prize in Life Science and Medicine (邵逸夫生命科學與醫學獎) this year for mapping the first breast cancer gene – BRCA1 – and saving many lives with this discovery.
She was one of the pioneers who started predicting decades ago that breast cancer was caused by a single gene and not viral infection as the medical community generally thought.
King said further research found around 15 percent of US breast cancer patients carry the hereditary mutated gene, and believed the situation is similar in Asia. Breast cancer has the third-highest fatality rate among all forms of cancer in Hong Kong.
But King said the dramatic increase in breast cancer cases is not related to the inherited gene but is linked to the length of the interval between first menstruation and the birth of the first child.
She foresees breast cancer cases in China and Hong Kong continuing to rise as better nutrition will cause menstruation to begin earlier while higher education delays first pregnancy.

(This article is published on Junior Standard on 09 October 2018)