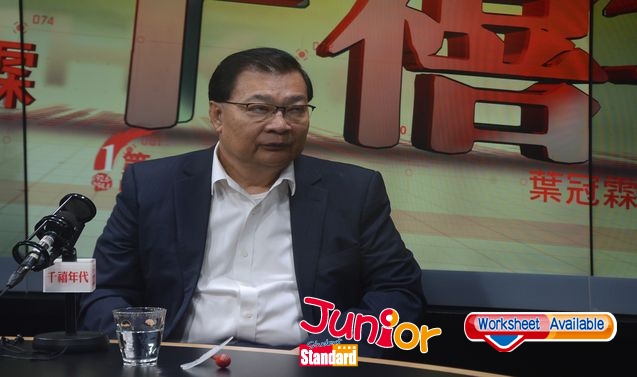 LAWS allowing the SAR administration to ban the Hong Kong National Party (香港民族黨) cannot cope with every Chinese security need, says National People’s Congress (NPC, 全國人民代表大會) delegate Tam Yiu-chung (譚耀宗). The task therefore, Tam said, is to press on with Article 23’s legislation.
His comments came as the Office of the Commissioner of the Ministry of Foreign Affairs (外交部駐港特派員公署) supported the ban and called on foreign institutions in Hong Kong to stop using freedom of expression as a reason to interfere in the country’s internal affairs.
NPC delegates also called upon the SAR administration to start work as soon as possible on legislation to enact Article 23 to fulfil its responsibility to defend national security and territorial integrity.
The administration banned the National Party with a gazette notice on 24 September that cited the Societies Ordinance (社團條例), which allows for outlawing groups “in the interests of national security, public order or the protection of the rights and freedoms of others.”
Secretary of Security John Lee Ka-chiu (李家超) said the National Party advocated use of “all methods” to attain independence, thus posing a threat to security and breaking the Basic Law.
The action has aroused concern in the international community with the United States, United Kingdom and European Union expressing worries over a tightening of freedoms in the SAR.


(This article is published on Junior Standard on 04 October 2018)

Proposals to implement Article 23 of the Basic Law
http://goo.gl/EE9XDr