Moving prisons to free up land 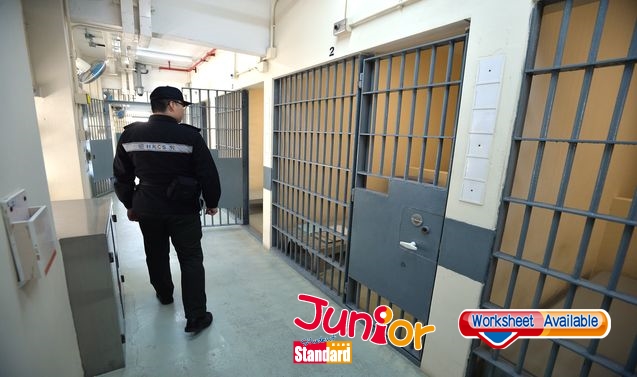 A POLITICAL think tank is calling on the government to move prisons to less appealing places such as Po Toi Island (蒲台島) and the uninhabited Lo Chau Island (螺州).
The Public Governance Association (香港公共管治學會), a political think tank, suggested to the Task Force on Land Supply (土地供應專責小組) that moving some urban area prisons may provide 50 to 100 hectares of land for housing and infrastructure of 50,000 to 100,000 residents.
Chairman Chan Choi-hi (陳財喜) said, “The [Stanley Prison] (赤柱監獄) plot should be very expensive if sold in a land sale.” Chan added, “The Siu Lam [Psychiatric Centre] (小欖精神病治療中心) is close to Gold Coast (黃金海岸) and the transport facilities are suffi ciently convenient.”
Pik Uk Prison (壁屋監獄) and other large prisons could also be moved to outlying islands south of Hong Kong Island. About fi ve hectares would be reclaimed to connect Po Toi and Lo Chau.
There are a total of 23 prisons, correctional institutions and rehabilitation centres in Hong Kong, some of which have become targets for development in the ongoing public consultation by the task force.
Meanwhile, 14 environmental protection groups met with the task force. They opposed any development of the fringe of country parks or further reclamation. They said it would be too expensive and would cause severe destruction to the environment.


(This article is published on Goodies on 21 September 2018)