Rise in mainland campers to HK 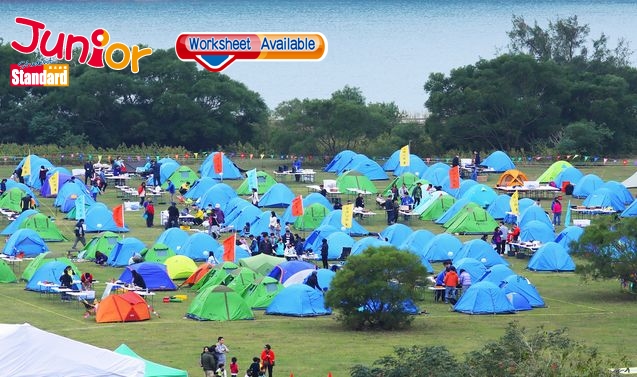 THE number of mainland tourists increased 23.1 percent in the first two days of the Labour Day “mini Golden Week” as hundreds opted to camp at Sai Kung (西貢) beaches.
According to official figures, 475,377 mainlanders arrived in Hong Kong on 29 and 30 April, nearly 90,000 more than the same period last year.
But many found sleep in nature’s embrace at sites including Ham Tin Wan (鹹田灣) and Sai Wan (西灣) campsites in Sai Kung East Country Park. The suggested camp spaces for the two campsites are 10 and 20, respectively. But there were reportedly about 200 tents on the beaches at peak period - and most of the campers were mainlanders.
Some mainland companies launched group tours to go camping in Sai Kung. The two-day camping tour was priced at 280 yuan (HK$345) a person. Its advertising baits included catching sea urchins and crabs.
The Agriculture, Fisheries and Conservation Department stepped up patrols in camp sites during the week but said it did not find anyone violating the law. However, noise and hygiene problems came with the flood of visitors to these beaches.
Tourism sector lawmaker Yiu Si-wing (姚思榮) said with more tourists going camping, the government should review facilities at campsites.
He also urged the government to enhance inspection and enforcement as some camps may exceed the designated areas.

(This article is published on Junior Standard on 09 May 2018)