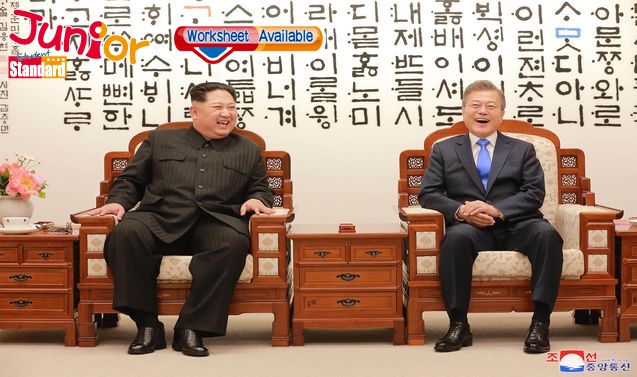 NORTH Korea (北韓) has promised to close its atomic test site, Seoul (首爾) says, as US President Donald Trump expresses optimism about securing a nuclear deal in his summit with the secretive regime. Pyongyang (平壤) is also ready for dialogue with Japan (日本) “any time”.
And in another conciliatory gesture, North Korea leader Kim Jong Un (金正恩) said he would move the North’s clocks 30 minutes forward to unify with the South’s time zone. Pyongyang changed its standard time to half an hour behind the South in 2015.
The reported nuclear pledge follows weeks of whirlwind diplomacy that saw Kim and South Korean (南韓的) President Moon Jae In (文在寅) agree to pursue the complete denuclearisation of the peninsula during a historic summit on April 27.
“Kim said he would carry out the closing of the nuclear test site in May,” Seoul’s presidential spokesman Yoon Young Chan (尹永燦) said. Kim also said he would invite South Korea and the US experts to check.
Tensions spiked last year over the North’s testing of atomic weapons and long-range missiles.
The spokesman quoted Kim as saying, “If we meet often [with the US], build trust, end the war and eventually are promised no invasion, why would we live with nuclear weapons?”
Kim also slammed speculation that the North’s Punggye-ri atomic test site (豐溪里核試場) was already unusable.

(This article is published on Junior Standard on 07 May 2018)