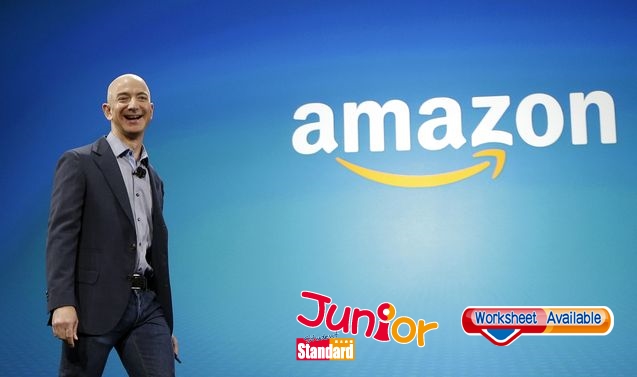 AMAZON chief Jeff Bezos has become the first US$100 billion (HK$780 billion) mogul to top Forbes’s annual rankings of the world’s richest people as Microsoft founder Bill Gates slips to second place.
US President Donald Trump’s ranking fell to 766th place from 544th in the last edition, his wealth estimated at US$3.1 billion (HK$24.18 billion), US$400 million less than a year ago.
Thanks to a 59 percent rise in Amazon shares over the past 12 months, Bezos’ fortune shot up to US$120 billion, way ahead of the US$90 billion of Gates.
Legendary investor Warren Buffett held on to his No 3 ranking, followed by French industrialist Bernard Arnault, who jumped to fourth-richest from his previous No 11 spot, mostly thanks to the euro’s strength against the US dollar. Two Chinese billionaires rose to be among the 20 richest people in the world: Pony Ma Huateng, (馬化騰) chief of internet giant Tencent (騰訊), who is the richest person in Asia and No 17 in the world, and Alibaba (阿里巴巴) founder Jack Ma Yun (馬雲), at No 20. Forbes’s list contains 259 newcomers, but falling fortunes or political headwinds pushed 121 people out of the illustrious list.
Both Gates, aged 62, and Buffett, 87, have committed to give away most of their wealth. Bezos, 54, has not said much about his philanthropic plans.

(This article is published on Junior Standard on 15 March 2018)

The boring secret to getting rich
https://goo.gl/FMwvFg