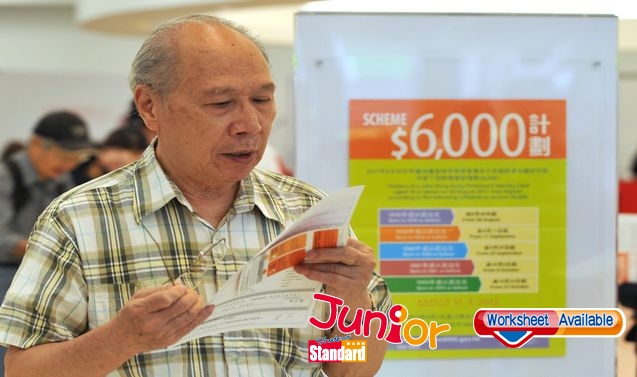 PRESSURE is mounting on Financial Secretary Paul Chan Mo-po (陳茂波) to distribute the surplus of more than HK$100 billion. But lawmakers are at odds over handing out cash to the people.
With the surplus projected to exceed the high of HK$115.6 billion in the 2007-2008 fiscal year, Chan is hard-pressed to use the funds to improve citizens’ lives in the government’s budget plan, which he will deliver on 28 February.
Federation of Trade Unions (工聯會) lawmaker Alice Mak Mei-kuen (麥美娟) said the government should have cash handouts of no less than HK$6,000 per person.
Mak estimated a surplus of at least HK$130 billion, adding that it was driven up by the stamp duty the government had collected from the stock market.
She said grassroots citizens would rather use the cash themselves as they are unsure how the government will distribute its surplus.
But Civic Party (公民黨) lawmaker Kwok Ka-ki (郭家麒) is against the idea of a cash handout, which he said should only be given if the economy is bad.
Instead, Kwok suggested giving tax refunds to families with a household income of less than HK$30,000 a month.
The surplus should also be used to fund long-term welfare and healthcare policies as Hong Kong has an ageing population, he said.


(This article is published on Junior Standard on 27 February 2018)

Surplus use must strike a balance: FS
https:// goo.gl/cr74Tx