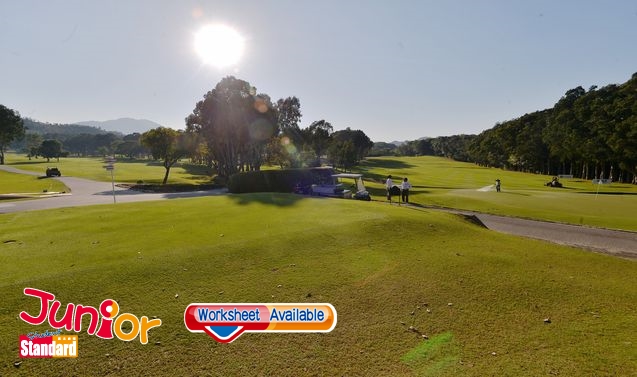 THE government remains undecided about giving up Hong Kong Golf Club’s Fanling course and turning it over for housing. But if it does give way to growing demands to build public housing on part of the 172-hectare grounds, only 4,600 flats can be built there, according to Land Supply Task Force (土地供應專責小組) chairman Stanley Wong Yuen-fai (黃遠輝).
Discussion of the issue by the Land Supply Task Force has been postponed many times as the Planning Department (規劃署) needed to do more research on this rich men’s playground and weekend retreat for British governors and top civil servants during the colonial era.
The golf club is divided by Fan Kam Road (粉錦公路) into east and west blocks, and the proposal to develop only the east bloc of 32 hectares would turn the plot into 4,600 flats. If the whole 172 hectares plot is developed, it could supply 13,200 flats for 37,000 residents, the Planning Department said.
The public will be asked whether to develop the entire course or part of it, with a possible third option of not developing the course at all. Legislators have been demanding that the 172-hectare green, used by only 2,500 members, be turned over for public housing. Wong said the traffic infrastructure there would make it very difficult to build so many flats.
Legislator Tanya Chan (陳淑莊) of the Civic Party (公民黨) accused the government of neutralizing public demand on developing the land by compressing the flats available.

(This article is published on Junior Standard on 12 February 2018)