Brexit no problem for China 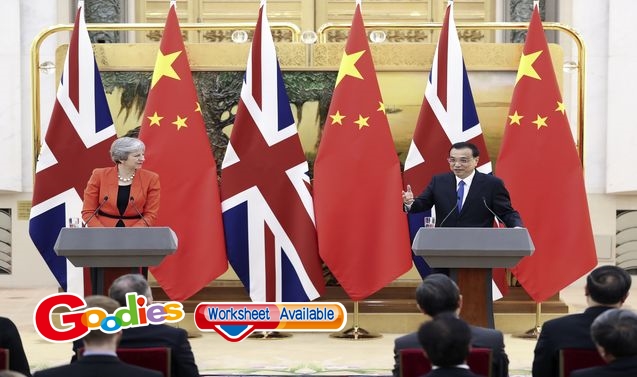 CHINA’S relations with Britain will remain unchanged through Brexit, Premier Li Keqiang (李克強) said during British Prime Minister Theresa May’s (文翠珊) three-day visit to China last week, where she signed billions of pounds in deals.
Britain is trying to reinvent itself as a global trading nation after a 2016 referendum decision to leave the European Union (歐盟), but Brexit has unnerved Beijing.
Speaking to reporters after meeting May in Beijing’s Great Hall of the People, Li proffered support for relations between the two countries, which both liked to refer to as being in a “golden era”. Li said: “Our relationship will not change because of changes in Britain-Europe ties.”
But he acknowledged there will need to be an adaption period to cope with changes. “While we must adapt to these changes, we will assess and talk about future bilateral trade and investment arrangements, to continue to push forward China-Britain relations, including trade and business ties.”
May said she is committed to deepening the relationship in light of Brexit and will explore all options in future trade ties.
She said the two countries agreed on more than 9 billion pounds (HK$99.66 billion) worth of deals during her visit, and that China had agreed to lift a ban on British beef exports within the next six months.


(This article is published on Junior Standard on 08 February 2018)