Ozone in air at worrying level 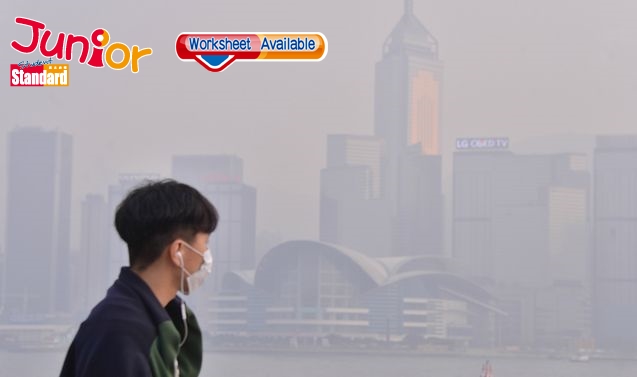 THE amount of ozone in the air is the highest in 18 years after shooting up 31 percent in 2017, the Environmental Protection Department (EPD, 環境保護署) revealed.
Air pollution statistics for 2017 reveal alarming ozone levels, having surged 31 percent at general stations that monitor air quality and 21 percent at roadside stations.
Another hazard, PM10 – particulate matter small enough to be inhaled into the deepest parts of the lungs – increased 3 percent at roadside stations where nitrogen dioxide levels also went up by 3 percent. But at general stations the concentration decreased by 15 percent.
The number of days last year where the air pollution index was at high, very high or serious levels was 44, compared to 26 in 2016.
Ozone at ground level raises asthma and chronic respiratory illness rates and reduces lung function. It is not caused by pollution directly but is formed by a photochemical reaction between nitrogen oxide and volatile organic compounds under sunlight.
EPD experts explained that there was more sunshine, higher temperatures, less rain and lower relative humidity last year – conditions conducive to photochemical activities.
Apart from continuing efforts to reduce nitrogen oxide emissions, the EPD is looking to more regional collaboration to tackle ozone.

(This article is published on Junior Standard on 24 January 2018)