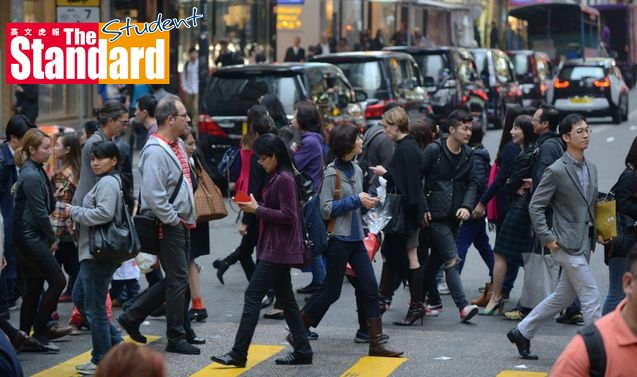 ALMOST nine million Hong Kong residents will start getting new highsecurity identity cards from the fourth quarter of next year.
However, not everyone is pleased with the new design, which includes dabs of colour, a stereo laser image of the cardholder and a transparent hologram.
One netizen said it not only looked oldfashioned but also had a striking resemblance to the home return permit.
“Even the position of the photo is the same,” another netizen said. “The government could just cancel the home return permit and then tear down the border.”
“I don’t want to take the new identity card,” said another.
The Next Generation Smart Identity Card System (新一代智能身份證系統), which costs HK$1.45 billion, will address hardware and software problems of the existing Smart Identity Card System introduced in 2003.
Three years after the Legislative Council (立法會) gave the new system the green light, the public was offered a glimpse of the new card, which features a pink border on either end, as well as a dab of light blue and light green in the background. A big bauhinia flower fills the centre.
The large facial shot of the holder is on the left instead of the right, while a smaller picture is in the right-hand corner.
The upgraded security features include a multi-pattern background with fine lines and guilloches.
Two colour printing features have been added – a rainbow printing and ‘optically variable ink’ which makes an arrow change colour when seen from different angles.
A ‘stereo laser image’ of the cardholder will be put in the right hand corner, and a seethrough window with personalised data in the top right corner.
A transparent hologram with a wave and three-dimensional effect will be on the left. A full-colour image of fireworks blossoming atop of Hong Kong landmarks, including the Hong Kong Convention and Exhibition Centre (香港會議展覽中心), Tsim Sha Tsui clock tower (尖沙咀鐘樓) and the Tsing Ma Bridge (青馬大橋), is visible under ultra-violet light.
All 8.8 million ID card holders will have their existing ID cards replaced at nine card replacement centres in phases from 2018 to 2022.
Replacement next year will begin with the cards of immigration officers, police and labour inspectors. Members of the executive and the legislative councils and principal officials of the administration will also be invited to replace their cards first.
Residents will then be called up to have their cards replaced in phases according to their year of birth.

(This article is published on Student Standard on 08 December 2017)