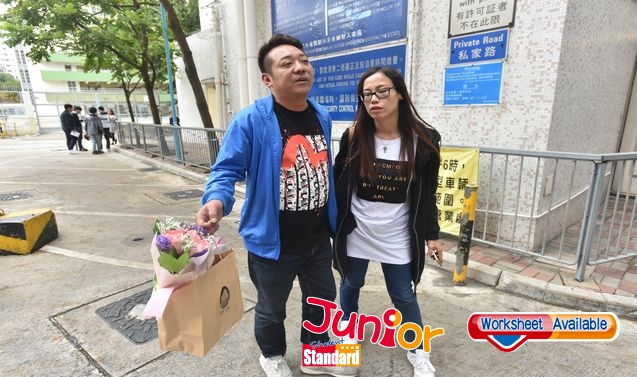 TWO students have admitted to hitting a Primary One student, but denied poking him in the eyes or stabbing his ear with a pencil, the school at the centre of the bullying scandal concluded in their investigation.
Some 50 parents, including the parents of the seven-year-old boy, surnamed Yu, went to the Church of Christ in China Hoh Fuk Tong Primary School (中華基督教會何福堂小學) in Tuen Mun (屯門), to hear the results of the investigation.
The school gave questionnaires to eight teachers who taught the boy and 24 of his classmates to find out what happened. The school’s headmistress, Chau Yamling(周任玲), said: “There is no evidence to prove that Yu had been jabbed in his eyes or stabbed in the ear.”
Yu’s mother earlier said that one classmate had slapped her son’s face, while another had thrown chalk at him and hit his back on 10 November. She also complained that a classmate stabbed her son’s ear with a pencil, resulting in the eraser becoming lodged inside his right ear.
The classmate who allegedly slapped Yu on the face said it was possible that the incident occurred once, while the other classmate claimed to tap Yu’s back to pass him the homework assignment, but denied throwing chalk at him. Classmates said they did not bully Yu nor did they witness any of the incidents.
Yu’s parents were unsatisfied with the investigation report, which will be submitted to the Education Bureau, the school’s parent-teacher association, alumni association and management committee.


(This article is published on Junior Standard on 30 November 2017)

An in-depth look at bullying in Hong Kong
https://goo.gl/ZKRxCb