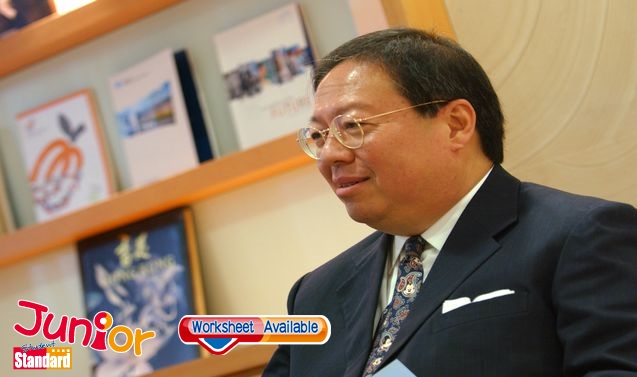 HONG Kong’s former home affairs secretary, Patrick Ho Chi-ping (何志平), has been arrested by authorities in the United States over a bribery scandal.
He was arrested in New York on 18 November along with a former foreign minister of Senegal (塞內加爾) over an alleged US$2.5 million (HK$19.5 million) bribery scheme in Africa involving oil contracts. If convicted, Ho could be jailed for up to 20 years.
The Ministry of Foreign Affairs said Beijing was aware of it but knew little about the particulars.
The US Department of Justice claims that Ho represented a Chinese energy company and sent huge sums of money to officials to obtain contracts. Ho, 68, and Cheikh Gadio, 61, were charged on 20 November with violating the Foreign Corrupt Practices Act, international money laundering and conspiracy. Ho was detained after appearing in court.
“Wiring almost a million dollars through New York’s banking system in furtherance of their corrupt schemes, the two allegedly sought to generate business through bribes paid to the president of Chad (乍得) and the Ugandan (烏干達的) foreign minister,” acting US attorney for the Southern District of New York, Kim Joon-hyun was quoted as saying.
The department said with Gadio’s assistance, Ho represented the energy company in January 2015 to offer a US$2 million bribe, characterised as a “donation” for charitable causes, to the president of Chad, who then provided the company with an exclusive opportunity to obtain oil rights in Chad.


(This article is published on Junior Standard on 29 November 2017)