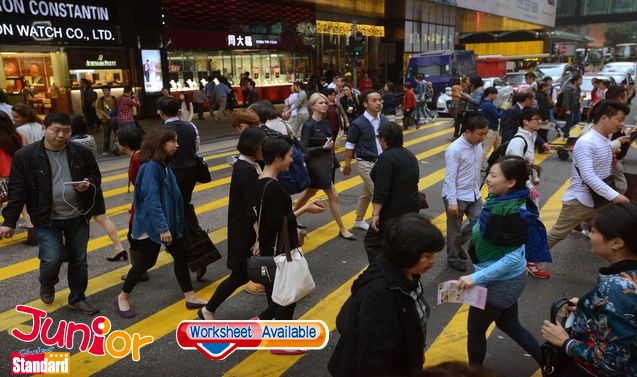 ENGLISH standards in the mainland and Singapore have been improving while Hong Kong is stagnating, a private global English learning institute claims.
Education First (EF) tested the reading and listening abilities of a million adults worldwide, including 14,000 citizens in the SAR. Hong Kong scored 55.81 out of 100, up 1.5 marks over last year to rise one place to 29th out of 80 cities and countries, which is considered “moderate” in their index. However, EF admits the test takers are “self-selected and not guaranteed to be representative of the country as a whole”.
Singapore rose one place – it ranks fifth in the world. The mainland went up three places to be 36th.
In the SAR, younger people did better in the test than those above the age of 30.
The institute said Hongkongers can carry out daily conversations, but would find it more difficult to utter complicated thoughts in English. Hong Kong has remained at the same level since the index first launched seven years ago, whereas Singapore and mainland have kept improving.
Shanghai continues to be ahead of Hong Kong to rank number one among 41 places in China. The SAR now ranks second. Singapore has a more diverse cultural background, and the government has worked together to promote the use of English.
But critics point out the report might not truly reflect the English ability of Hong Kong people as it was not comprehensive. The tests are done online which excludes people without internet access such as the poor.

(This article is published on Junior Standard on 16 November 2017)

Shedding light ...
A RESEARCHER from the Universi...