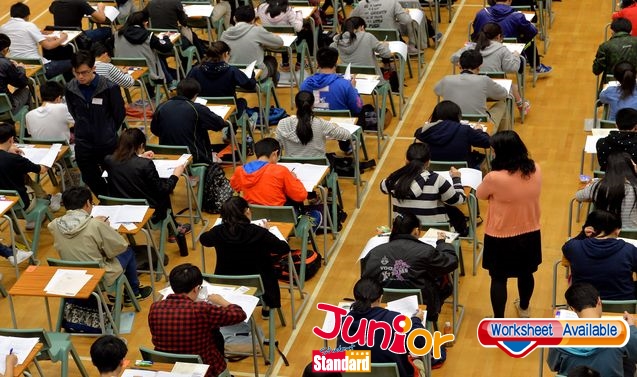 SECONDARY Six students were confused between “addiction” and “addition”, according to a Hong Kong Examinations and Assessment Authority report.
In the 2017 report, which commented on students’ performance while making recommendations, the confusion of words was among the common mistakes students made in the Diploma of Secondary Education examination (中學文憑試).
It said that in the short writing task of the English exam, there was a decrease in the use of “memorised” words and phrases but language accuracy issues, including spelling and word choices, were still common.
Other language errors include “internet addition”, in which students confused “addiction” with “addition”, “lack of confident” instead of “confidence”, and “watch TV is educational” instead of “watching”.
Many candidates had problems in the use of appropriate intonation to enhance communication in group interaction, while some candidates spoke at a rapid pace with no pauses, affecting their delivery.
Another major problem was in pronunciation, like missing out the sounds at the ends of words.
Weak candidates relied heavily on expressions like “I agree with you” or “that’s a good idea” without giving a reason for their agreement. Even weaker candidates said nothing when asked a direct question.
Wrong pronunciation also occurred in the Chinese oral exam, they failed to pronounce the Cantonese of some less-often characters in certain Chinese idioms.


(This article is published on Junior Standard on 15 November 2017)

Some tools and rules to improve your spelling
https://goo.gl/iVKfja

How to improve your English communication skills
https://goo.gl/7aaaeu