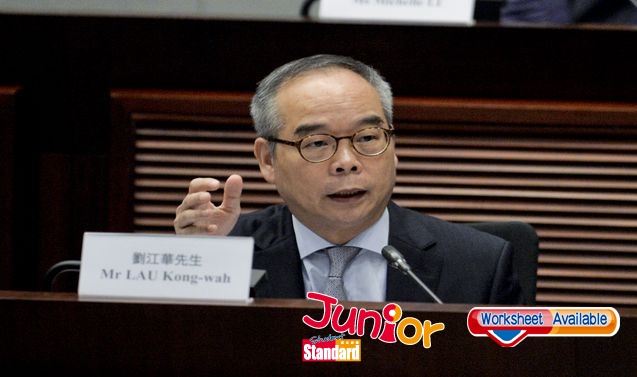 THE government is set to advertise for recruitment of youth into five advisory committees. It hopes to draw candidates from across the political spectrum.
Secretary for Home Affairs, Lau Kong-wah (劉江華), said candidates’ political background will not affect their application.
This move is a follow-up to Chief Executive Carrie Lam Cheng Yuet-ngor’s (林鄭月娥) promise in her policy address to raise the overall ratio of youth members, aged between 18 and 35, in government boards and committees to 15 percent.
Lau told the home affairs panel meeting in Legco that the adverts will be out by end of October.
The five panels are the Committee on the Promotion of Civic Education, Committee on Innovation, Technology and Re-industrialisation, Environmental Campaign Committee, Action Committee Against Narcotics, and Youth Development Commission, which will be set up in the first half next year.
Lau said the government aimed to raise the youth members’ ratio to 15 percent in five years, allowing young people to have more opportunities to engage in public policy discussions and debates.
But pan-democrat lawmaker Claudia Mo Manching (毛孟靜) asked Lau if the government will censor applicants for their political background, and whether it will accept candidates like student leaders Joshua Wong Chi-fung (黃之鋒). Lau said anyone can apply but could not say who will be included.

(This article is published on Student Standard on 31 October 2017)