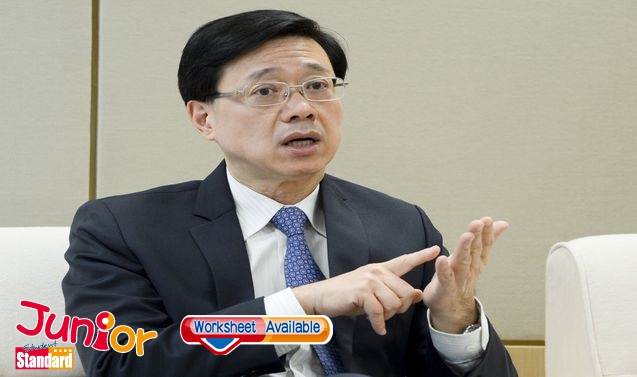 A TASK force to combat protest-related crimes has been operating since July under the police’s Organized Crime and Triad Bureau (有組織罪案及三合會調查科), Secretary for Security John Lee Ka-chiu (李家超) revealed.
A pressure group, however, said the new division was redundant and is turning Hong Kong into a “police state”.
Lee said Division D, comprising 35 officers and a superintendent, was prompted by the Mong Kok riot during the 2016 Lunar New Year in which protesters hurled bricks and clashed with police.
The new team’s job includes investigation, evidence collection, detainment and prosecution of any crimes related to cross-district mass gathering.
“It is vital given how complicated the investigation and evidence-gathering work was for the riot,” Lee said. He also said the new team normally deals with other organised and serious crimes but would get reposted to investigate public order events when needed.
The Police Powers Monitoring Group of the Civil Human Rights Front is worried Hong Kong will become a police state. “I frankly doubt the need to set up a specialised team to deal with protesters,” said a spokesman. “Hong Kong’s police-civilian ratio is already among the highest in the world.”
Multiple police units already deal with street demonstrations, like the Special Tactical Contingent (特別戰術小隊) and Police Public Relations Branch (警察公共關係科), he said.

(This article is published on Student Standard on 30 October 2017)