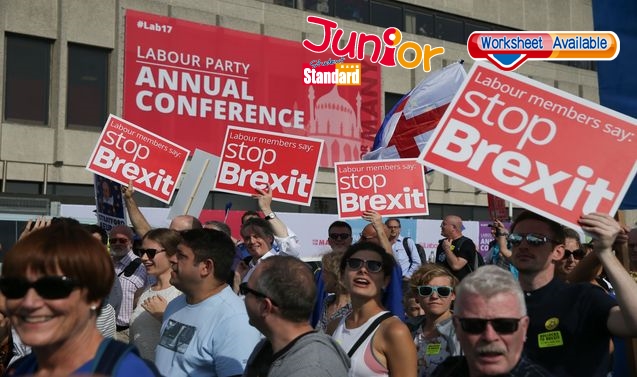 XINHUA News Agency (新華社) attacked Western democracy as divisive and confrontational, and praised the harmony and cooperative nature of the Chinese system.
In a lengthy English-language commentary, the official news agency took aim at the “crises and chaos swamp(ing) Western liberal democracy.”
“Unlike competitive, confrontational Western politics, the CPC (中國共產黨) and non-Communist parties cooperate with each other, working together for the advancement of socialism and striving to improve the people’s standard of living,” it said.
“The relationship maintains political stability and social harmony and ensures efficient policymaking and implementation.”
Xinhua did not name any countries, but state media have previously cited the examples of Britain’s vote to leave the European Union and the election of Donald Trump as US president as examples of why Western democracy is flawed.
Xinhua said, “After several hundred years, the Western model is showing its age. It is high time for profound reflection on the ills of a doddering democracy which has led to so many of the world’s ills and solved so few.”
Some have criticised Hong Kong for being overly politicised, and the bickering and filibustering by lawmakers have paralysed administrative work. However, others argued that it is necessary to take action to counter Beijing intervention in Hong Kong affairs.

(This article is published on Student Standard on 25 October 2017)

Enlightened Chinese democracy puts the West in the shade
https://goo.gl/a1LE8H