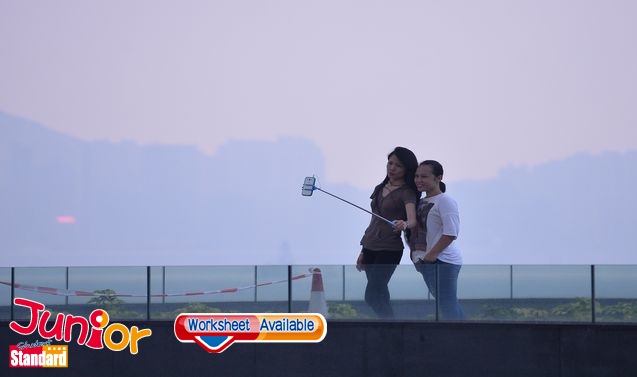 The SAR was covered in haze on 17 September, making it difficult for some people to even breathe.

The EPD said under the influence of an anticyclone, a continental airstream affected Hong Kong, making the weather fine and very hot with light winds.

It said the light winds hindered the dispersal of air pollutants formed the day before, leading to higher than normal pollution levels the following morning.

World Green Organisation (世界綠色組織) said the serious air pollution was affected by the anticyclone with light winds, while sunshine also enhanced the formation of ozone, along with nitrogen dioxide released by vehicles.

It said with light winds and no rain, the air pollutants could not disperse easily, though the air quality is expected to improve with stronger winds.

The EPD urged children, the elderly and persons with existing heart or respiratory illnesses to reduce physical exertion and outdoor activities to a minimum or avoid such activities when the air pollution health-risk levels are‘very high’or‘serious’.

(This article is published on Junior Standard on 25 September 2017)

An overview on air quality and air pollution control in Hong Kong
http://goo.gl/TfpAe8