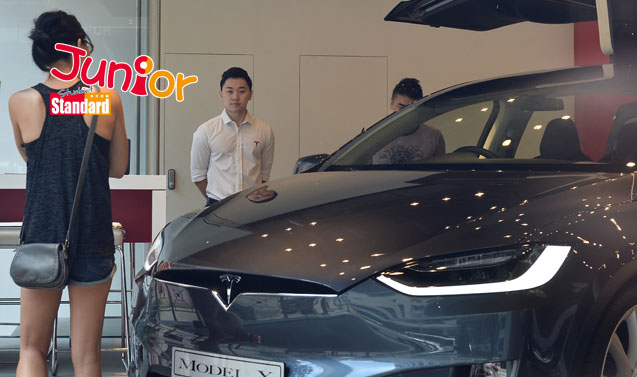 FROM the angle of either environmental protection or increasing competition, electric vehicles deserve aggressive promotion. To lower the cost in citizens’ electric car purchases, the government exempted the first registration tax, resulting in considerable growth in recent years. High-end cars priced from several hundred thousand to over a million dollars particularly benefited, accounting for over 90 percent of the local market.

Concessions not the perfect answer

SINCE the initial exemption, authorities have considered it unreasonable to have taxpayers subsidise high-end car purchases and decided to lower the tax concession ceiling to $97,500 for private cars at the end of the third year, while that for electric buses and the like remains in force.

Usually, tax hikes immediately come into effect after the government announces them pending Legco’s ratification as with the Budget or the consecutive ‘tough measures’ on property purchases in recent years. This is to safeguard the treasury revenue and prevent citizens from swarming to buy flats or cars before a tax hike.

But the first registration tax exemption for electric vehicles was set in the Budget three years ago, and was set to be effective until the end of March. The government could not go back on its words. As a result, there was a period of a month or so for citizens to buy their cars and enjoy the original exemption after the ceiling was announced in the Budget on 22 February this year, while dealers also registered their new private cars in advance.

For those willing to spend several hundred thousand to over a million dollars to buy high-end cars, tax concession is a minor consideration. Meanwhile, ordinary buyers show a much lower desire to use electric cars than their rich counterparts. Tax concessions have not yet been able to change their minds, despite being aimed at them.

That is because downmarket electric vehicles are still unable to win the confi dence of users in terms of performance and safety. There are not enough charging facilities either.

Solving these problems depends on the quality of manufacturers and pricing strategies of dealers, while the government should act further in providing charging facilities to create an environment-friendly, economical and practical electric car market.

(Published in Sing Tao Daily on 19 May)