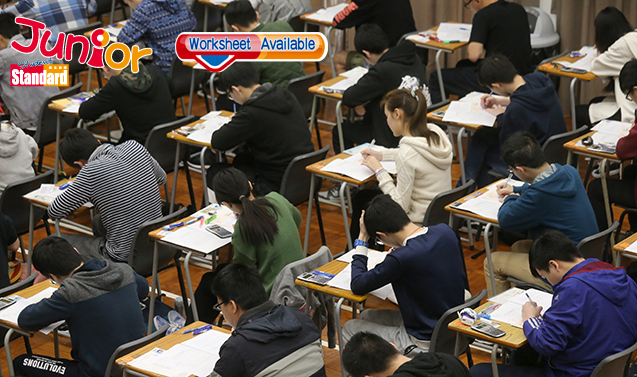 THE fees for the Hong Kong Diploma of Secondary Education examination (HKDSE, 中學文憑試) will be raised for the third time in as many years.

Fees had been increased by 2 percent and 3 percent respectively for the 2016 and 2017 exams, following a freeze for 2014 and 2015. The Hong Kong Examinations and Assessment Authority (香港考試及評核局) said it is in deep .nancial trouble as the student population continues to shrink.

The authority took a loss of HK$40 million in last year’s HKDSE exam alone, but overall it suffered a total loss of HK$20 million. The . nancial de. cit is expected to remain despite the fee rises. The authority said it was aware of .nancial problems and has hired consultants to review its .nancial structure. It is also talking to the government to look for solutions and has adopted cost-saving measures.

Parents have lamented about the fees, saying that they added to the heavy .nancial burden of their children’s education.

(This article is published on Junior Standard on 29 May 2017)