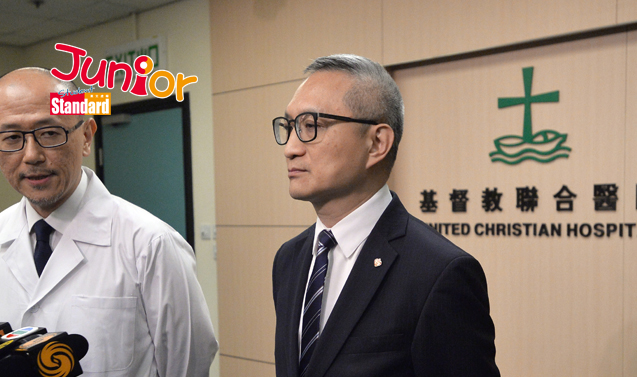 THE reason why Tang Kwai-sze is in critical condition from earlier acute liver failure is most probably because two doctors at United Christian Hospital (UCH) who treated her for kidney disease failed to prescribe extra medication as a precaution. They focused on the kidneys at the cost of the liver, and her hypertension treatment turned into a liver failure. The hospital reported the blunder to her family only after half a month while making an announcement and apology after a month’s delay, which further fuelled public anger.

TANG, age 46, suffered from acute liver failure in April and was transferred from the UCH to the Queen Mary Hospital (QMH). Tang eventually received liver transplants from living and deceased donors. Unfortunately, she suffered bacterial infection due to weak immunity and is still in critical condition.

But it appears that her liver failure might have been caused by the UCH to begin with. According to authorities, Tang first went to the UCH for kidney disease treatment. On each of her two visits, she was treated by specialists with over 10 years’ experience. When prescribing steroids, neither of them actually noticed she was a hepatitis B carrier and did not prescribe anti-viral medication at the same time. As a result, steroid side effects led to her acute liver failure.

The negligence was a result of the practices revolving around digitised medical histories. When a doctor opens a patient’s file, many notifications, like those indicating a patient is a hepatitis B carrier, will pop up. But the two doctors did not see them.

A public hospital doctor said because there are many patients and alerts pop up with each medical record, there is no time to read them in detail. If this is the habit for all doctors, it is a problem in the departmental culture.

Meanwhile, the UCH already found out about the prescription blunder the day after the hospital transfer. But investigation and verifi cation was slow because a doctor in concern was on leave. The Queen Mary Hospital found out about the problem on the day of transfer but it was not reported either. It is not sure if the QMH doctors wanted to avoid pointing fi gures. But reporting the case would have helped the hospital involved know of the problem earlier and lower other patients’ risk.

The HA has a reporting mechanism for serious medical blunders. The panels should investigate if this incident was exposed because the UCH could ‘no longer cover it up’ and if the QMH considered it ‘none of its business’.

(Published in Sing Tao Daily on 11 May)

Call for fast f...
THE consumer watchdog has urge...