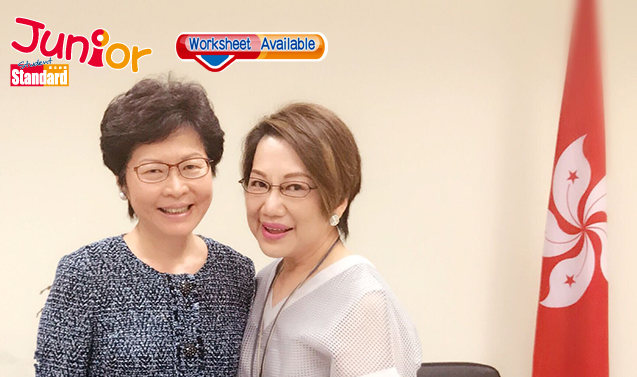 INCOMING Chief Executive Carrie Lam Cheng Yuet-ngor (林鄭月娥) says she is making good progress in filling the cabinet posts but the task is a challenge as many people worry that being a government official will affect their family life.

“Not many people want to become a government official these days,” Lam said. “They have their concerns when considering the job, such as the many political arguments, and the high-level media scrutiny on government officials’ work and private life. They worry it may affect their families.” But she has confidence that she will put together a competent and committed team to do practical work.

Lam had earlier said she hoped there would be at least four women in the cabinet – the highest number the government has had at any one time. Now she said she could not guarantee to have that many.

Many women who were touted to join Lam’s team are having second thoughts. These include senior counsel Teresa Cheng Yeuk-wah (鄭若驊), touted as secretary for justice; Undersecretary for Home Affairs Florence Hui Hiu-fai (許曉暉), Undersecretary for the Environment Christine Loh Kung-wai (陸恭蕙), and former Hong Kong Association of Banks head Anita Fung Yuen-mei (馮婉眉), who was reported to have turned down the offer to become secretary for financial services and the treasury.

Only Undersecretary for Food and Health Sophia Chan Siu-chee (陳肇始) is expected to move up by replacing her boss, Ko Wing-man (高永文).

(This article is published on Junior Standard on 26 May 2017)

Principal officials of the HKSAR
http://goo.gl/80Qw5U

Do not waste energy on politics
http://goo.gl/vuDRe9