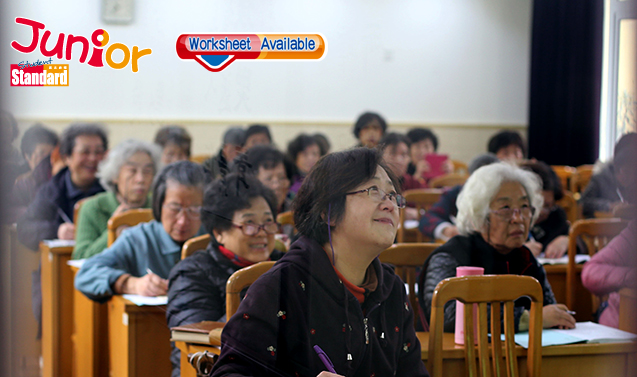 CHINA needs more educational institutions for the aged as the need grows with an ageing population, an educator said.

Since China’s first university for senior citizens was set up in Shandong’s Jinan City (山東濟南市) in the 1980s, the number of such institutions has grown to 60,000 now with more than seven million silver-haired students, according to the China Association of Universities for the Aged (中國老年大學協會). But competition for access to these schools is .erce due to limited resources. At some universities, elderly people even queue overnight for a chance to register for a class.

“As the ‘wave of silver’ sweeps across the country, expanding the existing campus areas is not enough to meet the stronger demand,” said Du Yingjie, principal of Shandong University for the Aged (山東老年大學校長杜英傑). The school has 20,000 registered students.

Du encouraged more private capital to invest to improve facilities, increase the number of courses of study and attract more public attention to the ageing population.

Courses offered by these universities range include saxophone, spoken English, software and smartphone use, Peking Opera and yoga.

(This article is published on Junior Standard on 16 May 2017)

China’s answer to its ageing crisis: A university for 70-somethings
http://goo.gl/akYTDT

University of the Third Age
http://goo.gl/KtyTS6