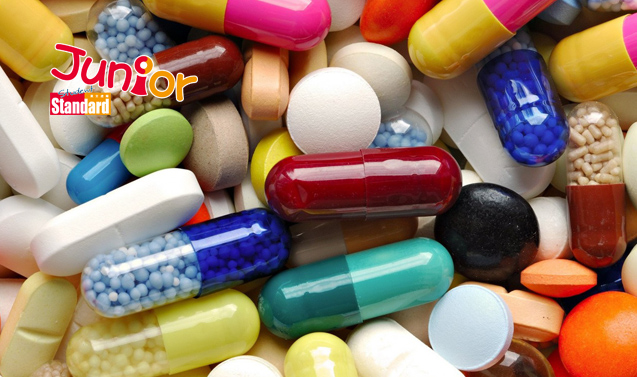 These drugs treat and prevent bacterial infections, and are regarded as a cure-all. Doctors in Hong Kong usually prescribe them for the common cold and flu.

EARLIER this month, medical experts in Taiwan (台灣) announced that the once-believed panacea for a type of intestinal bacteria, the drug colistin (克痢黴素), would be ineffective soon. This is because bacteria nowadays have become drug-resistant, which means in the future, fewer and fewer medications will cure our illnesses. Professionals from all over the world are urging doctors to stop over-prescribing antibiotics to patients.

ACCORDING to our government statistics in 2012, about 70 percent of the private doctors prescribed antibiotics for sore throats and coughing. Citizens having respiratory diseases could also buy such pills overthe- counter. However, Hong Kong’s top microbiologist Yuen Kwok-yung (袁國勇), who once helped fight the fatal SARS in 2003, pointed out that only 10 percent of the infections actually need antibiotics to cure.

What if we take too many?

OVERDOSING on antibiotics leads to the emergence of drug-resistant bacteria. The extent of antibiotic-resistance in Hong Kong is severe: four to 10 times higher than other developed countries. Last year, the World Health Organisation (WHO) revealed that major surgeries and other medical treatments will become very high risk in the next 20 years. This is because the superbugs in our body will not be cured by any antibiotics, and the viruses will also spread through hospitals and communities more easily. The WHO also stated that drug-resistance will complicate the fi ght against HIV and malaria, two other globally-threatening diseases.

What should we do?

HALF of the antibiotics worldwide are used on food-producing animals. Hence, some local legislators have pressed fast food restaurant chains to be careful of their meat suppliers. Instead of relying on antibiotics pills which may also kill the probiotics in our body, we should strengthen our immune system by eating natural antibiotics, like garlic and manuka honey.

1. Have you been prescribed antibiotics? Why and for how long?
2. What are the problems if we take too many antibiotic pills?
3. Do you know why some private doctors prescribe antibiotics easily?
4. What are some natural remedies to prevent and cure our illnesses?
5. Using antibiotics on food animals is however a way to treat sick animals and provide us with the safest food possible, so how should we choose?

Call for fast f...
THE consumer watchdog has urge...