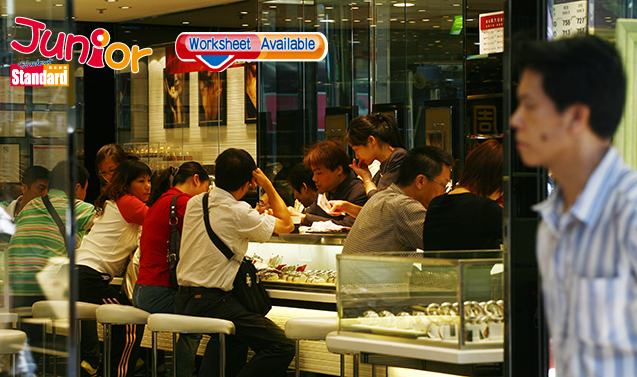 OVER-SHOPPING of clothing and accessories has become an international phenomenon, and Hong Kong is the worst, followed by the mainland, a survey found. The percentage of Hongkongers who believe they own more than they need are the highest in every sub-category – clothes (68 percent), shoes (57 percent), bags (49 percent) and accessories (54 percent).

The Greenpeace (綠色和平) survey reported: “Two thirds of Hong Kong residents admit they own more than they need. The same is true for 60 percent of Chinese and over half of the German and Italian respondents. Over half of the mainland Chinese and Hong Kong respondents, and 40-46 percent of Taiwanese, German and Italian respondents have brand new clothes with hangtags in their closets that have never been worn.”

Greenpeace said Hongkongers discard 110,000 tonnes of textile in a year, equivalent to about 1,400 T-shirts every minute – “an amount that could cover 25,000 Hong Kong Stadiums”.

The survey also found 41 percent of all Chinese consumers to be excessive shoppers, showing traits of compulsive behaviour. Greenpeace said, “Consumers are no longer shopping because they need something. On the contrary: younger people in particular shop despite already having too much, longing for fulfilment and encouraged by social media and the ease of online shopping.”

Many people shop to release stress, kill time and relieve boredom, but half said their shopping excitement wears off within a day. Others even feel more empty and unfulfi led afterwards.

Excessive shoppers apparently know they are on the wrong path; around half of consumers are hiding their purchases from others, fearing accusations of wasting money or other negative reactions.

(This article is published on Junior Standard on 12 May 2017)

After the binge the hangover
http://goo.gl/qAhVcE