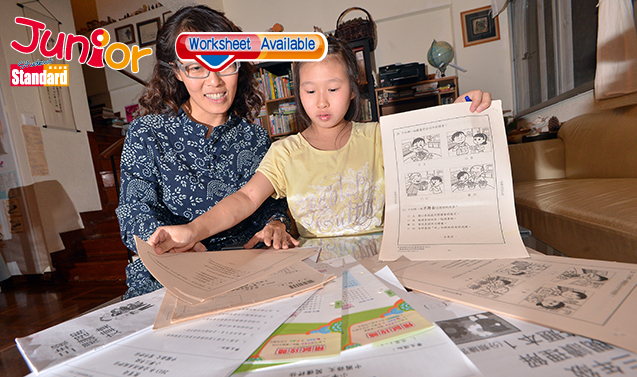 EVEN without the controversial Territory-wide System Assessment (TSA, 全港性系統評估) or its revamped version, the drilling of students will persist since it is rooted in Chinese culture, two school principals said.

Eva Hsu Au Yee-wah (徐區懿華), head of the Fukien Secondary School Af.liated School (福建中學附屬學校), said on a radio programme: “All principals believe that drilling will take place even without the former TSA because it’s traditional Chinese culture for people to treat assessments as examinations.”

She admitted the Education Bureau (教育局) used to censure schools for bad TSA results, but it had promised not to do so this time around. She said adults were the ones who scared off children about the TSA.

Hung Wai-shing (孔偉成), who heads Shing Kung Hui Tin Shui Wai Ling Oi Primary School (聖公會天水圍靈愛小學), said on the same radio show that private schools have the right to choose whether to join the Basic Competency Assessment (BCA), but that 20 out of 43 private primary schools are joining the new assessment. “We should think about why half of the private schools still choose to join the BCA,” Hung said.

A Parents Alliance spokeswoman said the Education Bureau and principals are deceiving the public by saying drilling could be prevented after the bureau promised that it would not run after schools for better results. “But schools don’t want to fall below [Hong Kong’s standard]. Thus, there will be drilling,” she said.

(This article is published on Junior Standard on 10 May 2017)