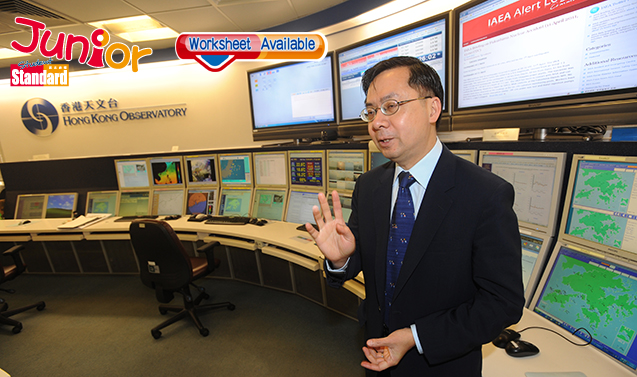 A FORMER Hong Kong Observatory (香港天文台) director refuted a suggestion by Chief Executive Leung Chun-ying that pollutants from the SAR blow into Guangdong, calling it unscientific.

After visiting parts of the Pearl River Delta (珠三角) last month, Leung claimed the smog problem appeared to be a two-way process, with mainland and Hong Kong pollutants both contributing. “When the wind blew from the south in the past, cities in Guangdong suffered from smog, and people there would say it was due to air pollutants from Hong Kong,” Leung said on radio. “Similarly, when the wind blew from the north we blamed Guangdong [for smog].”

But in a blog, Lee Boon-ying (李本瀅), who retired in 2011, debunked the two-way pollution idea, saying: “The government does not value science and it lacks common scientific knowledge.”

For Hong Kong to be responsible for smog in Guangdong, Lee said, two conditions must be met: “First, the wind must blow from the south. Second, air pressure must be stable. It is unlikely for both to occur at the same time.” He explained that air pressure is more stable in winter, while wind is usually from the south in summer. Winter pollutants are trapped locally due to higher air pressure. In the summer, Lee said, unstable air pressure makes it easier for pollutants to disperse. “The conditions for Hong Kong smog to go to Guangdong are hardly probable,” he wrote.

(This article is published on Junior Standard on 9 May 2017)