Phones a pain in the neck 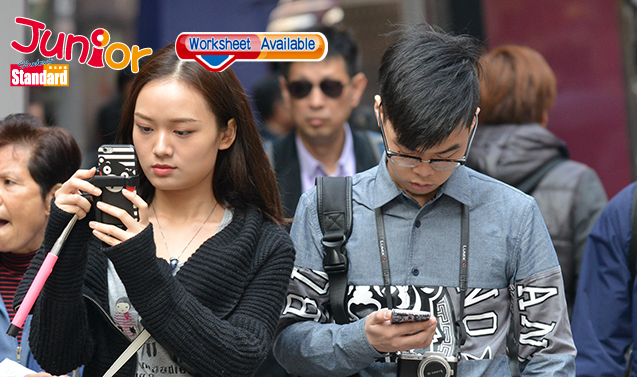 MORE young people are suffering from neck pains due to the frequent use of mobile phones, according to the Hospital Authority (HA, 醫院管理局). Of the 25,000 new physiotherapy cases reported to the HA’s Kowloon Central Cluster every year, 20 percent of the patients have neck pain and 30 percent were 40 years old or younger.

Kowloon Hospital senior physiotherapist Kenneth Leung Ka-lun (九龍醫院高級物理治療師梁嘉倫) said he sees more young patients with neck pains associated with the frequent use of gadgets, during which patients tilt their heads down for long periods of time. However, not many people are aware of the negative impact of such posture.

Such tension could cause problems at the intervertebral disc, Leung said. Patients may feel numbness or a burning pain in their arms if the nerve roots are being compressed. In the most extreme cases, patients had to undergo surgery after the central nervous system was affected, which can cause paralysis.

A five-minute rest for every 30 to 40 minute use of a mobile phone or computer helps prevent injuries, as would stretching exercises or simply changing posture. Leung also suggested users keep their backs and necks straight and avoid leaning their heads forward.

(This article is published on Junior Standard on 24 April 2017)

Ten ways to reduce injuries from excessive smartphone use
http://goo.gl/1aeSOg

Healthy use of internet and electronic screen products
http://goo.gl/A3bNef