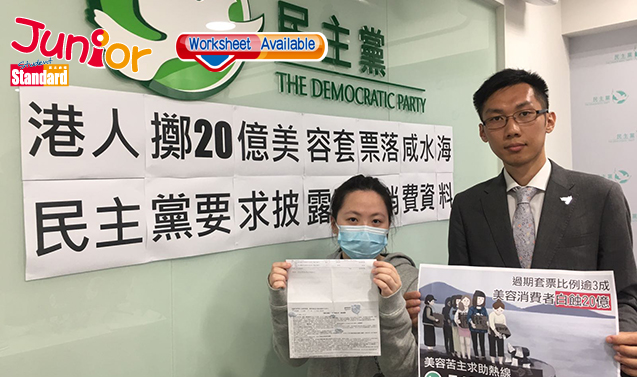 The party said many expired packages could be a result of overselling or even malpractice, as they found it hard to believe consumers would voluntarily abandon over one-third of their purchases. It called on the government to tighten regulations and legislate a weeklong cooling-off period. The party set up a helpline last May, which received 112 complaints about contract disputes.

Complainant Wong and her mother Chan said they were coerced into buying 92 facial sessions per person but only managed to book 30 appointments. They said the centre did not tell them the 50-session packages were only valid for one year while only 17 treatments could be booked in that time as appointments had to be at least 21 days apart.

A sales representative even cursed Chan as she tried to take pictures of their attendance records and told her to beware of “getting knocked over by cars”. The pair was allegedly forced by three employees to buy the packages.

“The devil is in the details,” the party’s consumer rights deputy spokesman Ramon Yuen Hoi-man (袁海文) warned. “What seems to be a bargain may have a catch.”

(This article is published on Junior Standard on 10 April 2017)